Businesses grow most at the border of support and challenge, part 1

Do businesses require as much competition as they do cooperation and as much predator activity as they do prey? The answer to both portions of the question is emphatically – Yes!

To appreciate just why competitive challenge is just as important for business growth as is cooperative support; let’s explore for a few moments a specialized discipline that could shed some light on this sometimes overlooked, yet vital business insight. This specialized discipline is called axiology. It is the study of value and worth.

According to the study of axiology every human being lives and makes decisions by their own unique set of priorities, values, or by the things that they feel are most important to them down to things that are least important. Whatever is highest on their list of values is where they display their greatest discipline, reliability, and focus and where they see the most order and create the most organization in their lives. It is by their highest value, or “telos”, “chief aim”, or “end in mind”, that they identify themselves ontologically and represent who they are – at their inner most level of being. It is this highest value where they are also most inspired from within to get up and do whatever it is that is most meaningful to their lives each day. Nobody has to motivate them from the outside to do what is truly most important and most fulfilling from within. They spontaneously originate effective and efficient strategies to fulfill what is truly most important to their lives.

On the other hand, whatever is lower on their list of priorities, or set of values, they commonly procrastinate, hesitate and frustrate over. In the areas of their lower values they see disorder and become disorganized and they attempt to disown it. In their lower values they require outside motivation to get them up in the morning and to act.

Reprinted with the permission of Dr. John Demartini, one of the world’s leading authorities on human behaviour and personal development. He is the founder of the Demartini Institute, a private research and education organization with a curriculum of over 72 different courses covering multiple aspects of human development. Listen to regularly updated podcasts delivered by Dr. Demartini and the Demartini Institute that highlight different aspects of leadership. Contact info@drdemartini.co.za for further information. www.drdemartini.co You are richer than you think part 1 How to resolve the morale issue at work - part 2

Issues of low morale and productivity are onerous, volatile, and difficult to control. There is a need for management, the organization, and the individual to assist with success factors. 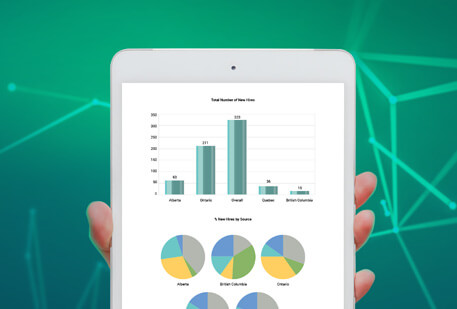 Only one-quarter of participants in i4cp's latest report indicated that their organizations are equipped to meet today's analytics needs, prompting an urgent call for analytics skills and acumen across organizations...